When Americans plan a trip to the island of Ireland, sometimes forgotten is carving out the time to journey upward to Northern Ireland. Not only does the northern coast dazzle with incredible natural landscapes along the water, but the city of Belfast continues to welcome tourists into its open arms.

Arriving via Aer Lingus, the official airline of Ireland, at the Dublin Airport (The best way to go for Americans!), we hopped on the road and drove about three hours until we reached the utterly charming Bushmills Inn—located adjacent to the Bushmills distillery, famous for its “smooth and mellow” whiskey. It’s the oldest licensed distillery in the world. The Bushmills Inn itself used to be a coach house back in 1608, and the main hotel was finally built in 1820. The cozy atmosphere and the smell of peat burning in the fireplace takes you in and beckons you to stay awhile… 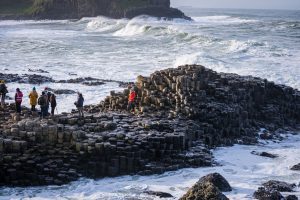 A perk of staying at the Bushmills Inn is that it is conveniently located right by two of the most beautiful spots in Northern Ireland: Giant’s Causeway and Dunluce Castle. (Not to mention, these sites are also where Game of Thrones was filmed. Any fans will get a thrill out of Northern Ireland for this reason alone!) You’ll be shocked to know that the perfectly placed, round rocks at Giant’s Causeway are completely natural. Legend has it that they were formed during a fight between the Irish giant Finn McCool and the Scottish giant Benandonner. It’s Northern Ireland’s only UNESCO World Heritage Site. Dunluce Castle, on the other hand, dates back to the 16th century, and while part of the actual castle has fallen into the ocean, you can walk through the remainder of the ruins to this day. 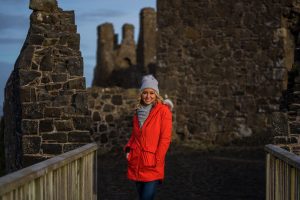 To get a feel for what it is like to live in the country, you may just want to visit Broughgammon Farm, a family-run farm located in Ballycastle and open to the public every Friday through Sunday. You can buy fresh meats and cheeses, take an artisan class, or tour the farm. They practice sustainable food sourcing and production, as well as sustainable living.

Now, if you’re in Northern Ireland, you absolutely must see the capital, Belfast. One of the main attractions in this city is the Titanic Experience Belfast. Here is where you learn about the history of the Titanic in the exact place where it was designed and built. The Titanic Belfast building is an architectural wonder, so we promise you won’t get lost trying to find it! Another experience here that you don’t want to miss is walking on the SS Nomadic—the last remaining White Star Line ship in the world and a tender to the Titanic. This was the original vessel that brought passengers from the shore to the Titanic itself. 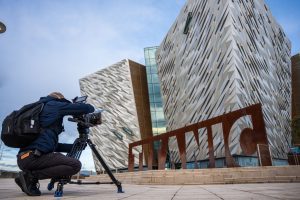 Looking for the complete Titanic experience? You might want to consider staying at the Titanic Hotel Belfast, which is right next door. The building was the Harland & Wolff Headquarters, builders of the RMS Titanic and other White Star Line vessels. The rooms are even decorated like ship cabins! If fascinated by the story of the Titanic, the hotel has a lot of memorabilia including a replica of the ship in the hotel lobby.

If you’re on the hunt for a hidden treasure in the streets of Belfast, look no further than Mike’s Fancy Cheese. It’s important that you take a taste of their Young Buck variety…absolutely delicious! And a cool fact about this spot is that they even sell Broughgammon Farm products.

Finally, the Game of Thrones Studio Tour in Banbridge will be opening in February 2022. You get a behind-the-scenes look into the making of the show at the actual place in which it was filmed…so put that at the top of your list, as well.

Including Northern Ireland on your list of places to go means you can get swept away by incredible natural wonders or wander the colorful Belfast streets. It’s an easy drive from the Republic of Ireland, so don’t miss out on your next opportunity! 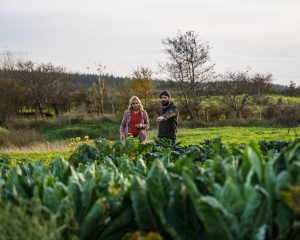 We would like to provide our sincere thanks to both Aer Lingus, for the safe and smooth flight to and from Ireland, and to Tourism Ireland, for their guidance, accommodation, and warm hospitality!

Coming in 2022: You can watch the accompanying Ireland episode of “Family Travel with Colleen Kelly” on PBS, the PBS Anywhere app, YouTube, and Amazon Prime.

A WLS AM 890 Chicago radio podcast about Northern Ireland can be found at https://www.wlsam.com/round-trip-with-colleen-kelly/. 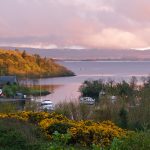 The Lodge at Ashford Castle 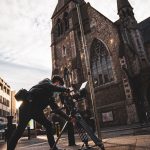 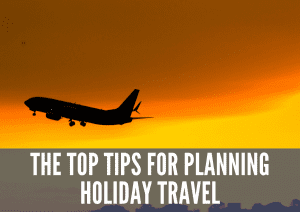 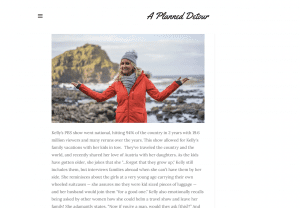 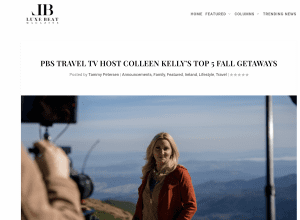