Incorporate a lighthouse into your fall road trip

So if you've always wanted to visit a lighthouse, consider adding one to your fall road trip! Here's our guide to some of the standouts, to help you get started with your plans.

Pigeon Point Lighthouse, Pigeon Point Light Station State Historic Park, California
Standing as one of the country's tallest lighthouses at 115 feet right along scenic Highway 1, Pigeon Point is part of a state park and can be found 27 miles north of Santa Cruz and 50 miles south of San Francisco. Originally known as Punta de las Balenas (Whale Point), it was renamed after the ship "Carrier Pigeon" crashed just off of Half Moon Bay in 1853. The lighthouse keeper's quarters have been fully restored and are now utilized as a hostel. For one night every November, the lighthouse is lit for a solid five minutes so that photographers can take long-exposure pictures with all 24 beams visible.

Portland Head Light, Cape Elizabeth, Maine
A five-mile drive from the seaside town of Portland, Cape Elizabeth draws its share of tourists to its crown jewel, Portland Head Light — the state's oldest lighthouse, which stands 80 feet above the ground and 101 feet above the water. A classic visual representation of the Eastern seaboard, the lighthouse watches over the rugged coastline below as the waves break against the rocks. More than two centuries old, Portland Head Light played a crucial role during the Civil War. As raids on ships coming in and out of the harbor became more and more common, the tower was raised to allow incoming ships to sight it as soon as possible. Nestled amidst the verdant Fort Williams Park, the stone structure is one of the four remaining lighthouses that have never been rebuilt, though the whistle house was reconstructed in 1975 after a severe storm took its toll.

Cape St. Elias Light, Cordova, Alaska
Known as Alaska's hidden treasure, Cordova boasts breathtaking scenery and wildlife, and is the town closest to the National Historic Landmark of Cape St. Elias Lighthouse. With advanced reservations, your family can escape to this one-of-a-kind experience on Kayak Island. The boathouse has overnight accommodations for up to 10 people, and special programs and classes are available as well.

Split Rock Lighthouse, Two Harbors, Minnesota
Minnesota is home to the highest lighthouse on the Great Lakes. Split Rock Lighthouse, located near Two Harbors, Minnesota, in Split Rock State Park, stands 54 feet overall and creates a focal plane 168 feet  above Lake Superior. The lighthouse operates as a historical site where visitors can tour and  experience the grounds. It's a great excuse to take the family on a weekend trip to northern Minnesota, where you can enjoy  the outdoors with activities such as fishing, hiking and relaxing on the beach.

Cape Florida Light, Key Biscayne, Florida
Surrounded by a beautiful serene beach, this lighthouse will not disappoint! Just a short drive from Miami Beach, the 19th century lighthouse beckons visitors with its beautiful palm trees and historical beauty. Built in 1825, the Cape Florida lighthouse is the oldest standing structure in Miami-Dade County. Visitors come to the park to sunbathe, swim and picnic on more than a mile of sandy Atlantic beachfront. 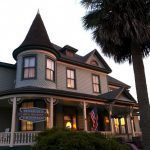 Ready for Some Chills and Thrills at a Haunted Hotel?

Glamping is calling my name! 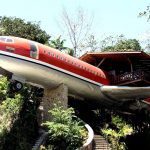