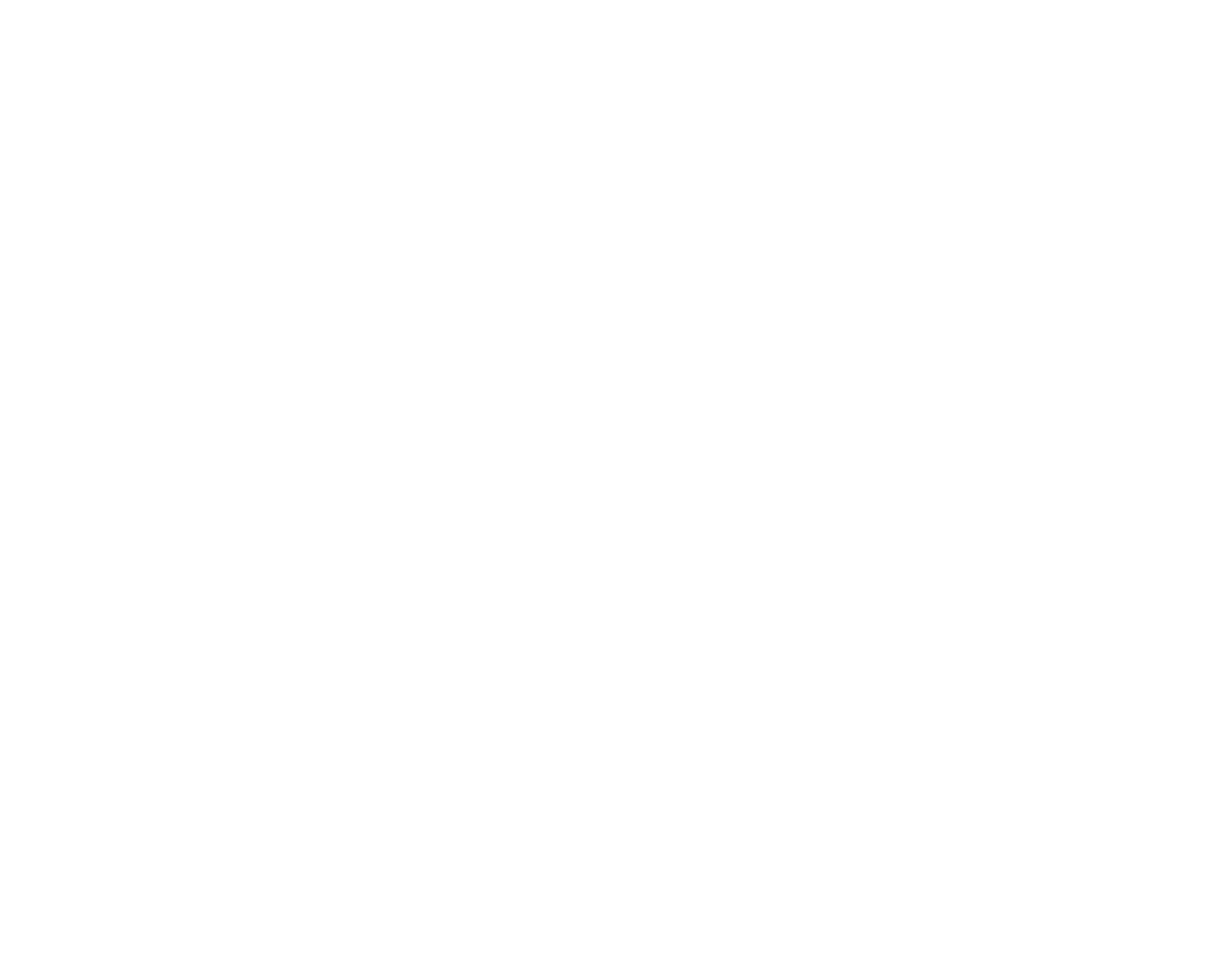 If there is ever a time to laissez les bons temps rouler, or “let the good times roll,” it’s Mardi Gras weekend in Louisiana. Mardi Gras in America dates back to 1699, when French-Canadian explorer Pierre Le Moyne d’Iberville arrived in Louisiana. Surely, you’ll find King Cakes and parades wherever you go; however, each region of this state carries with it specific traditions. Our trip to Lafayette, Louisiana, showed us that southern country celebrations are unlike anything you may have heard before. 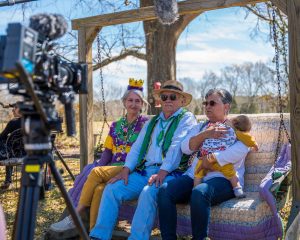 Mardi Gras, French for “Fat Tuesday,” is a day of feast and festivities before the season of Lent. But in Louisiana, this holiday doesn’t simply last one day–it lasts a whole weekend. Children are off of school, and the city shuts down streets in preparation for the numerous parades that last from the day until the night. 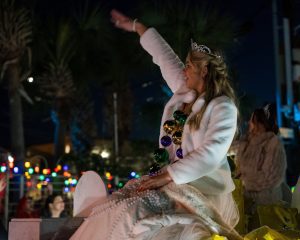 The Queen’s Parade in Lafayette is perhaps one of the most popular. When the sun goes down, lights begin to illuminate the streets. Community “krewes” come together the night before the big day to create one-of-a-kind floats that are adorned with bright colors, blast music, and carry people dressed in homemade costumes and masks. Families set up lawn chairs along the streets to listen to the marching bands and 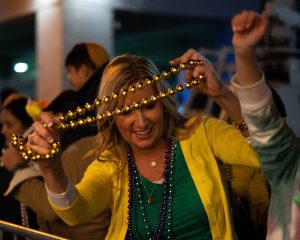 wave their hands in the air in hopes of catching beads–which is not very difficult, as there seems to be an endless supply. In fact, at the end of the parade, there’s a truck that follows along behind the floats where you can throw some of your beads back to recycle for next year. By the end of the night, we found ourselves clanking heavily with purple, green, silver, and gold beads galore.

The day before Mardi Gras is also referred to as “Lundi Gras,” and in 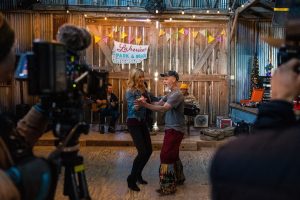 Lake View Park in Eunice (about 50 minutes outside of Lafayette), a boucherie, or hog roast, is hosted annually. It’s not just about the food–the boudin, the crackling, the King Cake–but it’s a coming together of community and culture. It was at this occasion that we learned how to two-step and waltz the Louisiana way.

On the long-awaited holiday of Mardi Gras, we were warmly welcomed into the home of a local family, where the very specific rural tradition of the Courir de Mardi Gras is celebrated. It began as a French medieval tradition and still remains today to be labeled as the “real” Mardi Gras. Krewes led by a capitaine run from house to house in a great dash for 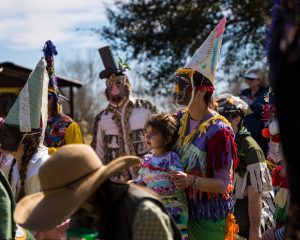 the ingredients to make gumbo. Either by horseback or in grand trailers, costumed and masked (similar to the aforementioned parade entire), participants of all ages crash the house parties and beg for coins, comically playing games with the party-goers, singing French songs, and pulling everyone into a revelry that couldn’t be matched anywhere else. The big finale is catching the chicken, the last and most important ingredient of the gumbo. It’s all fun and games: a chance for family and friends to let whimsy run free before Lent begins. 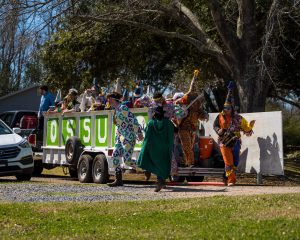 The joyful and prideful energy that surrounds the season of Mardi Gras is something that you must experience in the place where it all began: Cajun country. It’s not just for adults, and it doesn’t just last one day. If you’re looking for a true Cajun experience, you can search no further than Lafayette.

Read the previous article in this series: ”Welcome to Cajun Country: Introducing Lafayette”

We would like to provide our sincere thanks to Lafayette Travel, for their guidance, accommodation, and warm hospitality!

Coming in 2022: You can watch the accompanying Lafayette episode of “Family Travel with Colleen Kelly” on PBS, the PBS Anywhere app, YouTube, and Amazon Prime.

A WLS-AM 890 Chicago radio podcast about Lafayette, Louisiana is coming soon to https://www.wlsam.com/round-trip-with-colleen-kelly/. 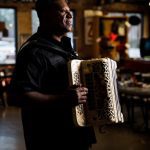 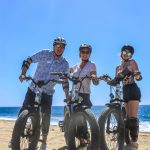