Things to Do in Clearwater, Florida

The Clearwater Marine Aquarium opened in 1972 in a former water treatment plant and focuses on rescuing sick and injured marine species. (The large pools are well-suited for rehabilitation efforts!). Their rehabilitation facilities help them care for the animals and eventually release them back into the wild when possible. The Aquarium also prides itself on acting as a leader in animal-assisted therapy and education for the public. The education department is dedicated to fostering an appreciation for the marine environment while promoting conservation. Through the education of children and adults and demonstrating the importance of conservation, the Clearwater Marine Aquarium hopes to encourage people to make sustainable choices and take an active role in preserving the ecosystem.

The aquarium has a number of permeant residents, all of which have sustained serious injuries which prevent them from returning to the wild. Winter is a bottlenose dolphin rescued in 2005 who caught her tail in a crab trap. The Clearwater Marine Aquarium fitted her with a prosthetic tail and helped her get used to it, which brought a large amount of media and attention to the facility. Winter is actually the star of the movie Dolphin Tale which came out in 2011! She was also in the sequel, Dolphin Tale 2, which was shot partially at the aquarium.

Exhibits at the Clearwater Marine Aquarium include a dolphin terrace, aviary, otter oasis, a turtle exhibit, underwater viewing areas, an aquaponics (water plants) exhibit, a sea cavern, stingray beach and much more. It’s a great place to soak up a little education and have a LOT of fun while in California.

For another fun Clearwater activity, head to Spectrum Field to catch a Threshers Minor League baseball game! This Philly’s affiliate team will have you cheering. Families will love spending time together and bonding over the game, while kids will get a kick out of the Threshers mascot, Phinley, and enjoy the many interactive games they offer. Did we mention you can even treat yourself to a delicious Philly Cheesesteak without even having to go to Philly?

Take it from us. There’s hardly a better way to spend your evening or afternoon than at Spectrum Field! 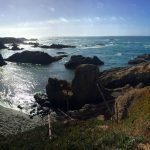 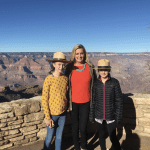