The sport of rugby is taken very seriously in Wales and in our experience shooting our show there, it is clearly a huge part of Welsh culture. We soon discovered that rugby is a thrilling, high-contact sport. Fans passionately watch matches and shout chants and cheers to rouse the crowd’s enthusiasm. Entire days are planned around getting together to watch the sport and supporting the local teams.

We had the opportunity to learn more about rugby from one of the Welsh greats, Phil Bennett. Phil’s career included several rugby teams over approximately a decade. Some say he was best known for his “dancing feet” that set up his teammate, Gareth Edwards, for the “greatest try ever scored” during a Barbarians win, defeating the All Blacks in 1973. Phil showed me the basics of the game at the home of the Scarlets, Parc y Scarlets, in Llanelli, Wales.

A true rugby fan may disagree, but in my opinion, rugby is sort of like American football, but much more physical. The basic idea is that in order to score a try (which is worth 5 points), you have to advance the ball into your opponent’s goal area. You can “ground” the ball in this area for a try or you can kick it through goal posts for additional points. While the ball is in your team’s possession, you can pass, carry or kick the ball in order to get a try. Of course there are many rules for how you can do this! The roughness in rugby really comes in when the other team attempts to prevent you from achieving a try. It can get pretty physical! Little ones might be taken aback by the action, so be sure your kids are prepared for watching the sport.

Phil explained that there are tons of activities at the stadium for the kids to enjoy in addition to the match itself. He also shared the benefits to teaching kids how to play rugby including the hard work, discipline and good sportsmanship.

What impressed me most about Phil was his patience and encouragement. He took the time to explain the sport and show me some rugby moves! After the lesson, he autographed rugby balls for our crew and took photos with all of us. Our drivers Mike and Paul, who are from Wales, were really moved by the experience and we were thrilled that they had the opportunity to chat with Phil about rugby and the glory days.

Phil showed us around the stadium and we were able to capture him signing his name to the huge mural of his team that is on one of the walls. Amazingly, he was one of the last ones to sign the wall and we were lucky enough to witness the experience! What an honor!

While we were in the area, we also had the chance to visit a rugby club with some locals and watch the Six NationsChampionship, an annual competition between Wales, Ireland, England, Scotland, France and Italy. We joined families to watch the match on huge screens where everyone cheered on the Welsh team. It was a lot of fun! Rugby clubs are private groups, but if you find yourself in Wales during the championships held in the spring, you can drop in at a local pub and get the same camaraderie. It was a great taste to living like a local.

Additional Tip: Another thrilling, entertaining and extremely competitive sport played in Wales and throughout the world is football (soccer). If your family is big into sports, this is definitely another event the whole family will enjoy together. You can support the Football Association of Wales which is the third-oldest national football association in the world. Games are located at Liberty Stadium, Cardiff City Stadium and Millenium Stadium.

Colleen Kelly
Parent, travel writer, and seasoned traveler, Colleen Kelly grew up traveling all over the world. She has experienced the United States from coast to coast and has explored over 20 foreign countries. Her vast knowledge of travel brought her to realize the need for a new kind of travel experience and focus—one that is centered around the family. As a family travel expert, Colleen doesn’t miss a beat as she offers her personalized tips to parents. Her fun-loving personality pulsates through every moment of the show. She is the ultimate modern-day parent who isn’t afraid to kick back, get a little messy, and have fun!
Recommended Posts
Please follow & like us :) 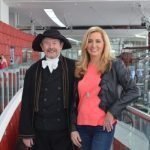 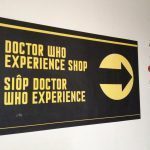