Visit Sichuan: A Magical Place in the Heart of Mainland China

Located in south central China, the Sichuan Province is completely surrounded with natural beauty. To its west lie the Hengduan Mountains that connect to the Tibetan Plateau; the Qinling Range is situated northeast; and the Yunnan Province Mountains are to the south. Then there’s the Sichuan Basin as well as distributary channels of the Yangtze River which add to the magical feel of the province.

Where to Stay in Sichuan

You may have seen China featured before; the focus was on Xichang, which could be considered a slightly more “advanced” destination. Those that may choose to visit Xichang are usually travelers who are used to local customs and interact with non-English speaking residents easily.

Sichuan is very accommodating for first-timers, especially the capital city Chengdu. It has a great landscape, as the city is situated where the rivers Jin and Fu meet. You can choose accommodation that range from high-end hotels to more affordable hostels. A stay in the riverside Shangri-La can set you back up to $200 per night, though travel agencies might offer discounts. At the other end of the spectrum, there’s Hello Chengdu Youth Hostel that offers private rooms for $25-30 a night.

Traveling around is easy, as there’s a bus service that travels regularly from the airport to the city. Taxi fares, meanwhile, cost an average of $5-6. To get to the other parts of the province, taking long distance buses is an affordable way to go.

Travel writer Sharon Hoge suggests staying in Chengdu because of its proximity to some of Sichuan’s most popular travel spots. In fact, you can start by exploring the city itself.

Central Tianfu Square is where you’ll see a Chairman Mao statue facing a CitiBank. The plaza is spacious enough for kids to run around, and there’s also the option to explore the nearby shopping malls. Jinli Pedestrian Street, aka ‘the oldest commercial street’, is known for great street food like barbecue skewers and stuffed pineapples. For fans of stage performers, catching a show at the Sichuan Opera is a must, as their masquerades greatly reflect the culture. The shows can be enjoyed by audiences of all ages, so watching one is an amazing family activity. If you just want to relax and pass the time, there are teashops throughout the city.

After your urban excursion, you can go to the city outskirts to the Giant Panda Breeding Research Base. It’s a preservation center for different panda species like the giant panda and red panda. Visitors are allowed to interact with the animals under authorized supervision of the staff, but be sure to be gentle so as not to agitate the pandas!

Another great site to visit is the Giant Buddha in Leshan. At 233 feet, it’s the world’s tallest Buddha. It’s considered one of the world’s greatest sculptures, as it’s carved into the red sandstone cliff. The statue is so large that his big toenail can hold six people on it! Tourists can observe the top of his head from a park that surrounds the cliff, but to really appreciate the statue, the best way is to admire it from the river.

Mount Emei is perfect for trekkers, with the mountain’s summit at 10,167 feet high. Although for tourists who prefer a less strenuous visit or big groups like families, you can opt to take a cable car up the mountain. Emei is considered one of the country’s Four Buddhist Peaks.

As majestic as Sichuan is, it’s no stranger to calamities. The Thought Company reports that it lies along the Longmen Shan Fault and has been the victim of some tragic earthquakes. The last big one occurred in May of 2008, which registered 7.9 on the Richter scale. It resulted in 70,000 casualties. Then in 2013, Save the Children pointed out that it was hit hard by the Southwest China floods. Sichuan residents are still recovering from these calamities and have been implementing safety measures to prepare for any more natural disasters in the future. The region receives the heaviest rainfall from April to October, so it’s advisable to schedule your vacation during November to March.

This is the best time to experience the magic of Sichuan. 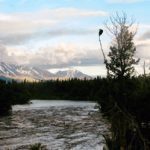 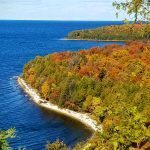 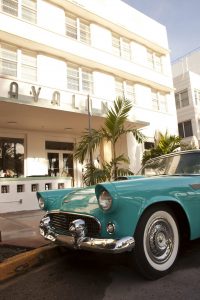 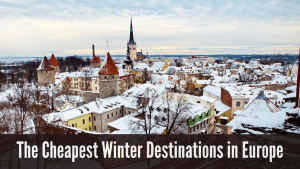  The Cheapest Winter Destinations in Europe