We Go Back in Time on Amelia Island

Amelia Island is chock-full of unique history and so of course our trip was packed with fun, educational activities for the whole family. Our vacation began with a history lesson like no other. At Fort Clinch, we were able to step back into 1864 and see how the garrisoned soldiers lived and worked.

The fort has gone through many changes since its construction in the mid-1800s, from hosting garrisoned troops in the Civil and Spanish-American wars, to its fall into disrepair in the early 1900s, to its return to glory in the 1930’s due to Roosevelt’s Civilian Conservation Corps Program, which was designed to give unemployed men work during the Great Depression. Now one of the most well-preserved 19th century forts in the country, this is about as close as you and your family can get to time travel.

The tours of the fort, led by staff dressed in period uniforms, take you all the way from the enlisted men’s barracks and the prison, to the hospital, bakery, and lumber shed, so you can get a true feel for how the fort functioned. 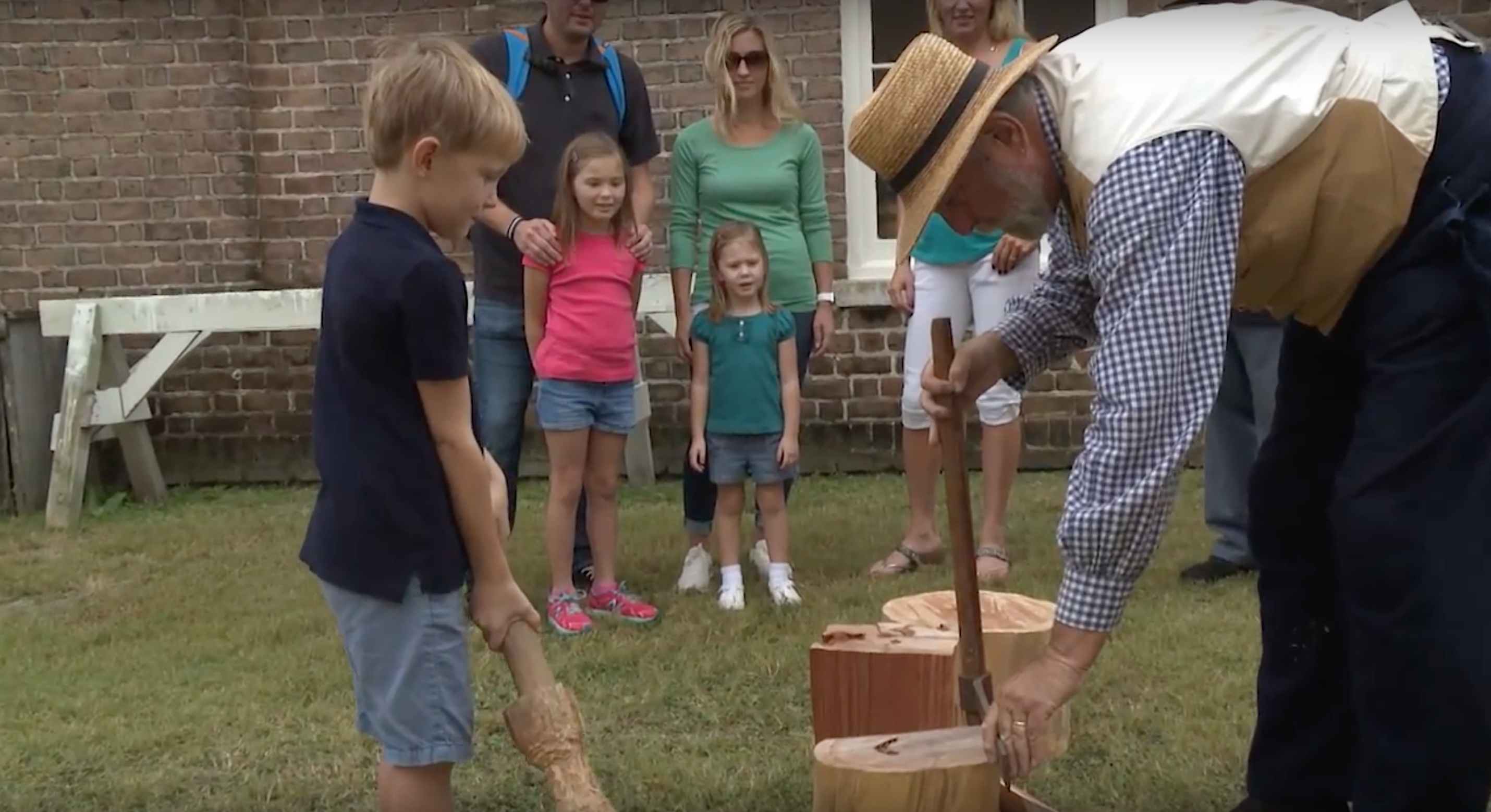 After our tour, we were put to work. We each got to try making shingles the old-fashioned way, by using old tools – a mallet and froe – and old techniques – holding the froe, which is like an upside-down ax, to the top of a log and hitting it with the mallet – to cut logs into square shingles. Next we took our shingles to the shaving horse, where we shaved them into smooth, useable shingles with another old-fashioned tool called a drawknife. This long process really gave us perspective on chores in the 1800s!

From there we headed to the kitchen, where we got a lesson in how people would cook a meal 150 years ago. With no refrigerator to keep meat in, they had to find other ways to keep their food from going bad. The result, we learned, was coating meat in salt, which no doubt made for some pretty flavorful dinners.

With our 19th century chores done, there was only one thing left for us to do in Fort Clinch, and this sight was not to be overlooked. No trip to the fort is complete without witnessing a real cannon firing. The staff showed us the different types of ammunition while explaining the various positions of the soldiers firing the cannon, and the impressive power of the cannon itself. The blast of the cannon firing was an exhilarating ending to tour. 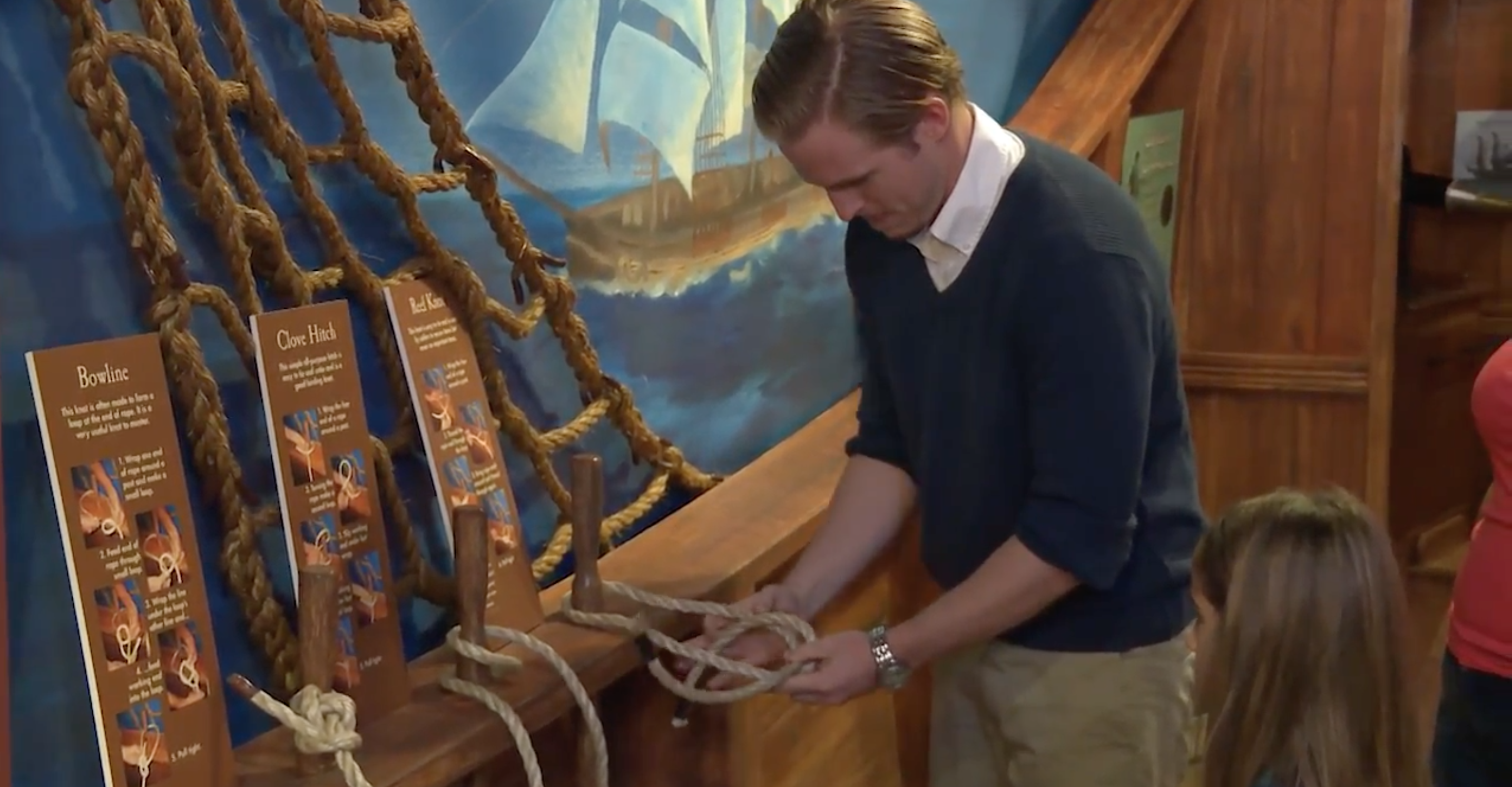 We hadn’t had our fill of history lessons yet, because our next stop was the Amelia Island Museum of History, where we learned about something quite the opposite of garrisoned soldiers. Aside from the military background of Fort Clinch, Amelia Island is rich in pirate history, and the history museum has the perfect kid-friendly exhibit to keep the kids learning while they hear tales of these swashbucklers on the high seas.

Aboard The Margery, the small pirate ship replica that serves as a pirate exhibit at the museum, the kids are able to learn different knots, dress up in period-themed costume to channel their inner pirate, and even hear how to say classic sailor’s phrases such as “all hands on deck!” in spanish, italian and portuguese!

In addition to their pirate exhibit, the Amelia Island Museum of History also offers Historic Walking Tours for people of all ages. There are standard museum tours and centre street tours, which take you through the historic downtown area, or if you’re looking from something more daring, they also offer ghost tours, where you’ll hear spooky ghost stories as you roam the historic streets at night. You can’t go wrong with any of the offered tours, so choose the one that best suits your family’s interests! 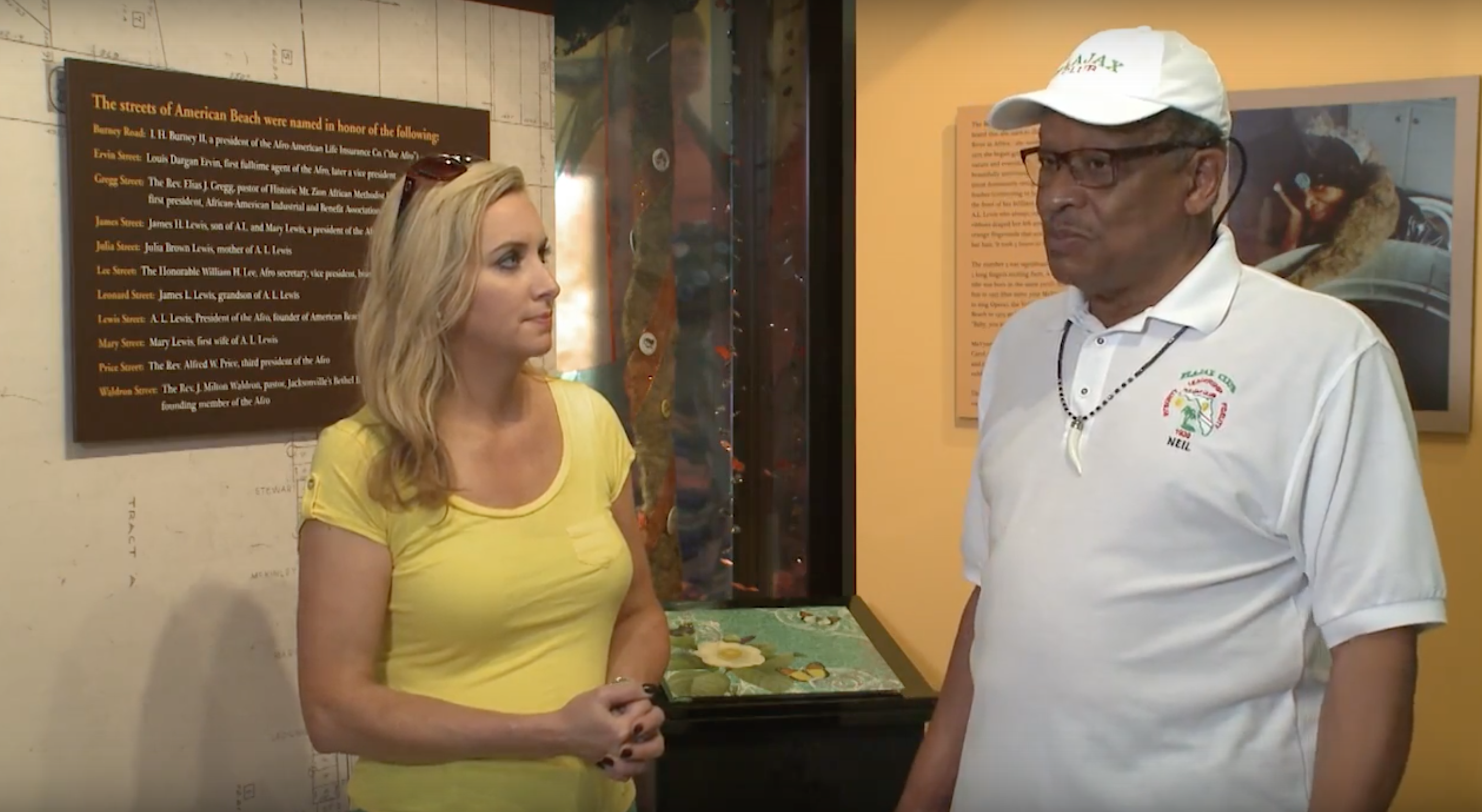 I also stopped into the American Beach Museum and was able to speak with the museum’s president about some of Amelia Island’s more recent history. American Beach was founded in 1935 by A. L. Lewis and was a popular vacation spot for African American families who, at the time, were not allowed on most Florida beaches. The museum, created by Lewis’ great-granddaughter, MaVynee Betsch, stands as an important reminder of what once was. Betsch, known to locals as the Beach Lady, dedicated her life to the preservation of American Beach, always emphasizing its environmental and historical importance. Now listed as a historic site, American Beach and its museum is the perfect place to visit with you and your family to get the full picture of Amelia Island’s history. 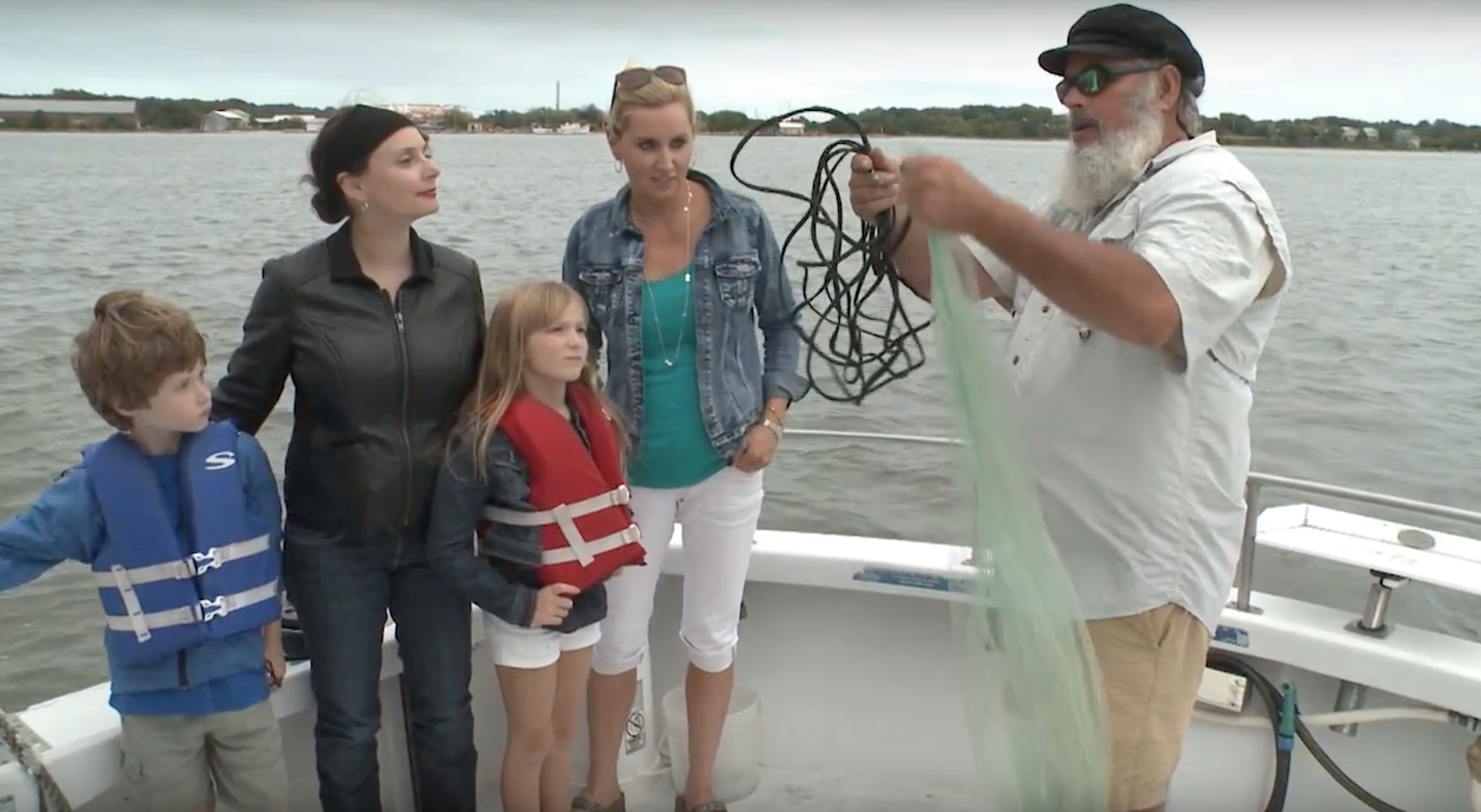 Next we embraced our inner pirate as we climbed on board Ye Olde Pirate with Ye Olde Pirate Fishing Carters. Aboard our modern pirate ship, our captain showed us the ropes of catching our own wild shrimp. Just off the coast of Fernandina Beach, this shrimping boat provides customized three-to-eight hour fishing trips with an experienced captain and the tools to catch whatever you’re hungry for. After showing us the net and the technique of how to throw it overboard, we were surprised to find it took only a few moments to catch a decent pile of wild shrimp. As we headed back to shore to clean and prepare our shrimp to be cooked, we even got a chance to drive the boat.

We had a blast on Ye Olde Pirate, but if you’re looking for a boating experience with more shrimp and less talk of pirates, the Eco-Shrimping River Cruise is another great option. This interactive river tour teaches its guests the basics of using the Otter Trawl shrimp net, developed in Fernandina, which is currently used by the commercial shrimping industry. You and the kids will be able to deploy and retrieve the shrimping net yourself so you can say without a doubt you’ve truly gone shrimping. Instead of cleaning the shrimp to be eaten, with Eco-Shrimping River Cruise, the shrimp are put in an on-board aquarium to be identified and examined up close. And when the tour is done and you’re heading back to solid ground, you’ll be able to release your shrimp back into the wild. 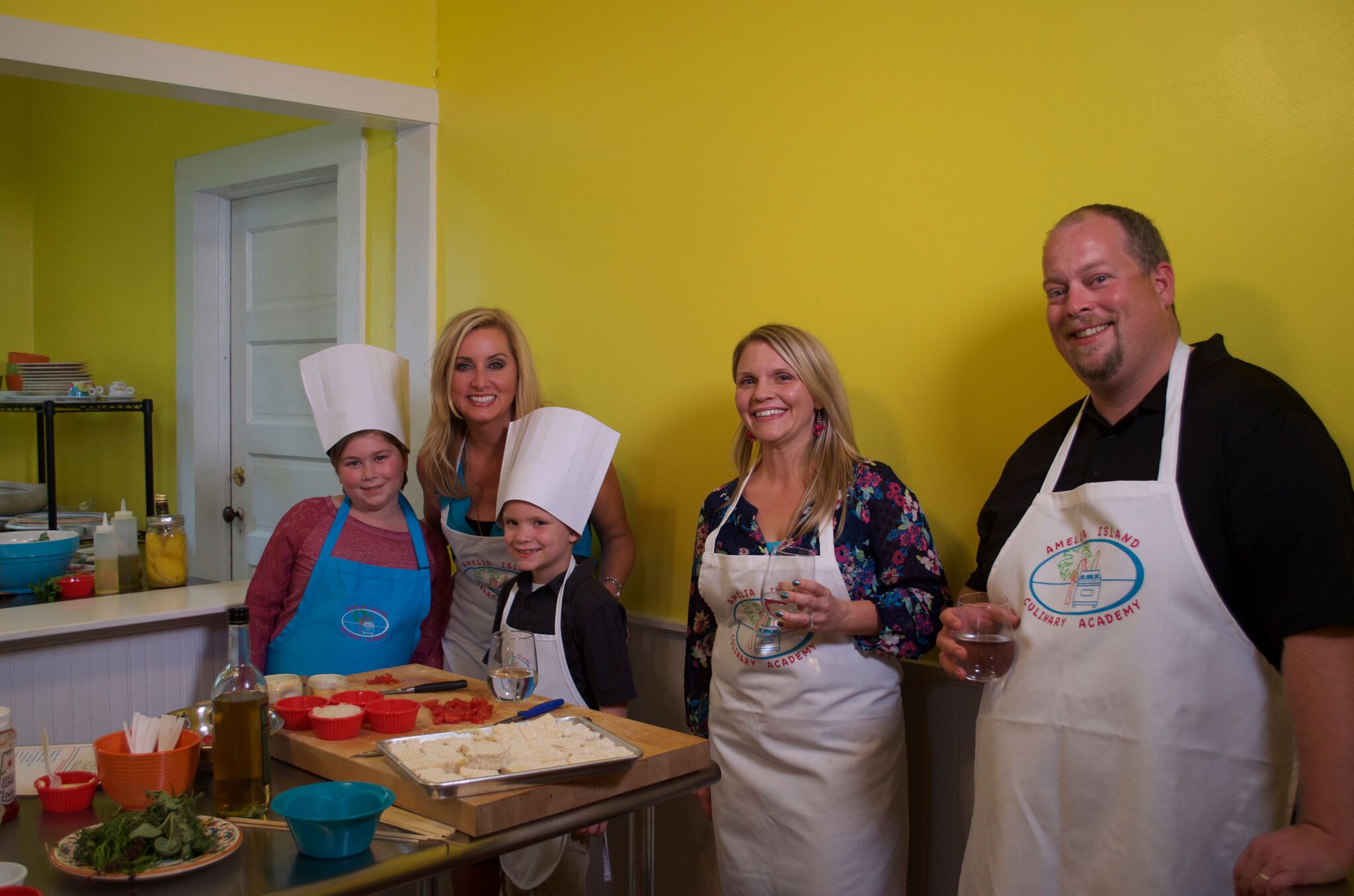 Since we had already caught our dinner, our final stop of the day was the Amelia Island Culinary Academy, to learn a few different ways to cook our catch. The academy’s experienced chef showed us multiple, delicious shrimp recipes that were easy to make and fun to eat. The Academy offers countless classes and tasting tours, and from our experience we can guarantee that no matter which you choose you’ll have a great time cooking and an ever better time eating. One of the academy’s most popular classes has you joining Chef Bill Thompson on a walk to Fernandina’s Farmer’s Market, then back to the Academy to cook a healthy meal that is quite literally farm-to-table. Book your class with the Culinary Academy to ensure you get a real taste of paradise. 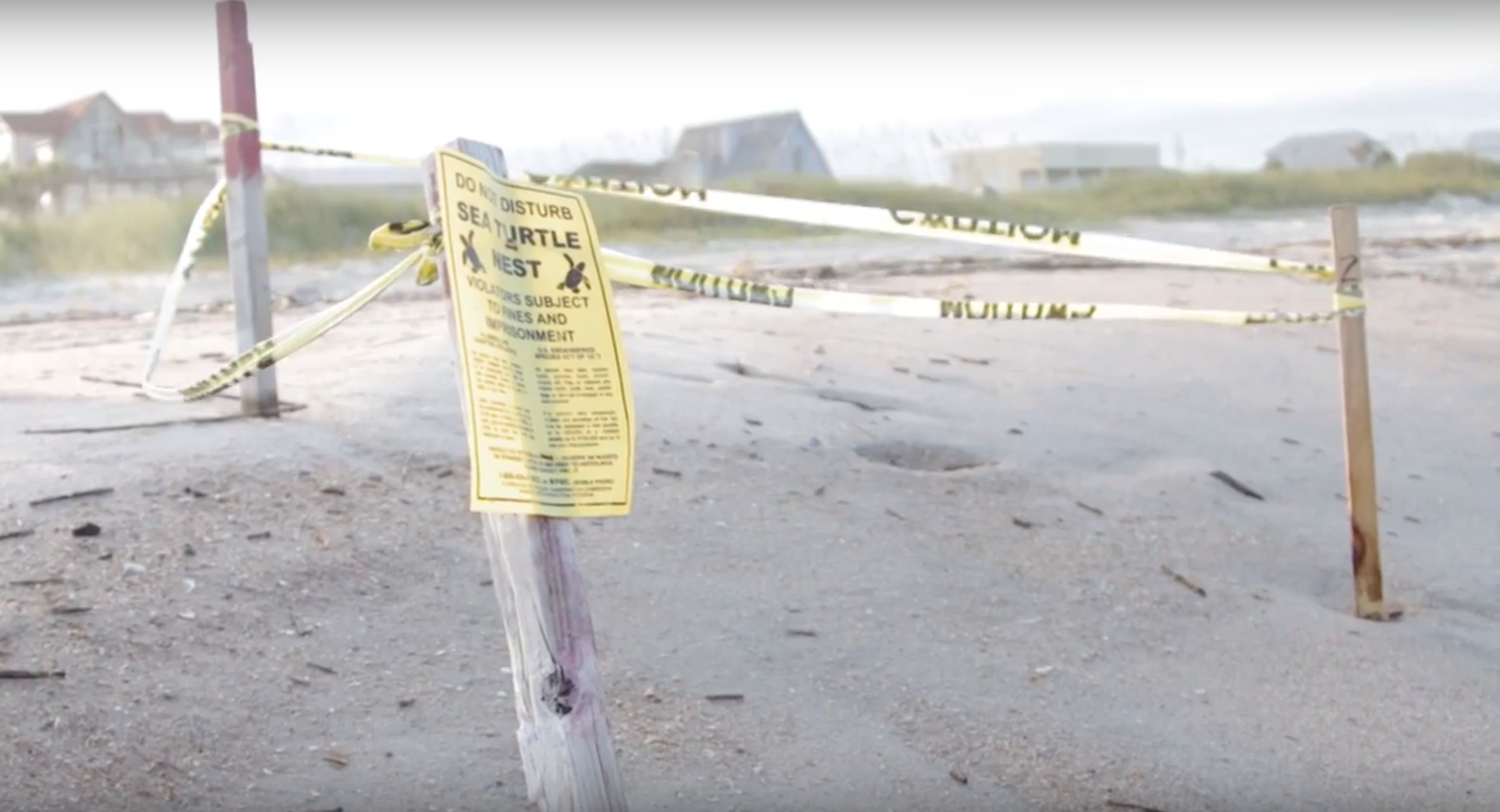 Our final island lesson took us to Fernandina Beach where we spoke to the president of the Amelia Island Sea Turtle Watch Inc, Mary Duffy. A sea turtle expert, she told us about the life of the sea turtles who lay their eggs at Fernandina Beach. The Amelia Island Sea Turtle Watch’s mission is to locate and protect the eggs before they hatch and head out to see. They notice the tracks of the mother turtle coming to shore, and are then able to verify the spot where she laid her eggs. They mark the spot of the nest and tape it off so beachgoers can avoid stepping on it. Fifty to sixty days later, the baby turtles hatch as a group and head for the ocean. This incredible sight is something tourists and locals flock to the beach to see, and if you happen to be vacationing when turtle activity is high, this is a must-see.

Helpful Tips and Facts:
– Though the $2 entry fee into Fort Clinch seems like nothing now, $2 in 1864 would have the worth of around $37 today!
– If you’re interested in one of the historic walking tours, make sure to book yours in advance, as some require 48 hours’ notice, and most require you to book at least 24 hours before.
– If you or your child has celiac disease, the Amelia Island Culinary Acadamy now offers Gluten-free workshops so you can learn how to make tasty meals minus the gluten! 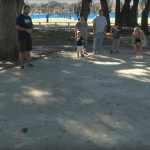 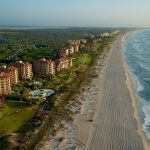 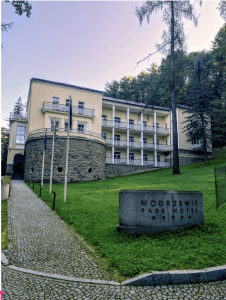 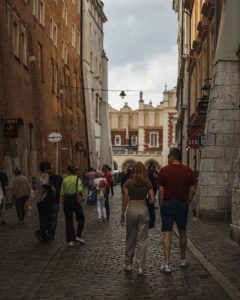 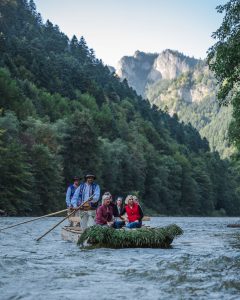 Into the Polish Highlands – The Beauty of Zakopane