Wyoming – Where History Was Made

OUR EXPERIENCE WHILE ON SET

While we were in Laramie, we took a detour from our planned itinerary and checked out the Territorial Prison.  It was the best example of WHY you should break off your planned schedule when on vacation and just go for it!  The prison was incredibly interesting and we learned so much!  We made our way throughout the prison grounds uncovering little hidden spots where costumed interpreters explained what prison life was like back in the time of outlaw Butch Cassidy.  The girls climbed in a stagecoach for jailbirds, peeked out at us through prison bars and even met a “real” prisoner, well at least one pretending to be a real prisoner!  I wish we could have spent more time exploring, but duty called and we had appointments to meet for filming.  That being said, I highly recommend setting aside a few hours to explore the prison so you can ask lots of questions and try things out for yourself.

Upon our arrival, we were each given a card representing a prisoner who had done time at the prison.  On the card was the prisoner’s photo and his or her information about the crime that put them in the prison in the first place.  Visitors could assume the identity of the prisoner on the card and tour the prison with that person in mind, picturing what their life must have been like at the prison.

We did a lot of research for the show! Though we couldn’t visit every destination, we did want to show you what else we found.

The Big Boy Steam Engine 4004 is the world’s largest steam locomotive and one of the eight remaining Big Boys on display in the United States.  The sheer size of the locomotive is impressive and it is such a treat that it is available in a public park, Holliday Park, about 11 blocks east of the Depot.  Even though it is behind a fence and you can’t climb inside or touch it, there is a lot of information provided on plaques around the locomotive.

If you have a train buff in the family, there are several other train related attractions in Cheyenne including the Cheyenne Depot and Museum, Engine 1242 and the Merci Train (one of 50 in total) which was a gift from the people of France, thanking Americans for their help in rebuilding France after WWII. In addition, Cheyenne Depot Days are held in May and offer a variety of activities for train enthusiasts. Depot Days is the only time of year that the Union Pacific Roundhouse, Turntable and Machine Shop are open for tours to the public.

Laramie, WY has a Legend! 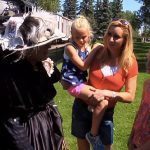 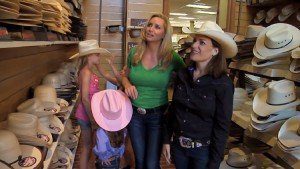 Where to Find Cowboy Duds 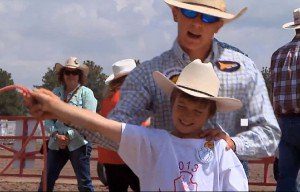 The Daddy of ‘em All! 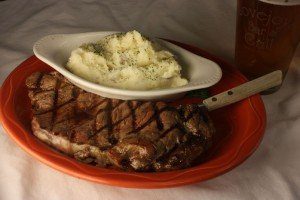