Colleen Kelly is the host, creator and executive producer of the popular National PBS Television Series “Family Travel with Colleen Kelly”. The show airs in over 96% of the country to 17 million viewers, and is currently in production of its 5th season. As an Emmy-nominated executive producer, family travel expert, and engaging television personality, Colleen Kelly is sought-after for her expertise in the area of travel. She has been a featured speaker at high-profile travel industry events and has appeared in numerous radio and television broadcasts, presenting the latest and greatest travel tips, products, services, and hotel/vacation deals for all types of travel including couples, families and multigenerational. Colleen is also the co-creator and co-host of her newest girlfriend getaway series “Trip Sisters”. 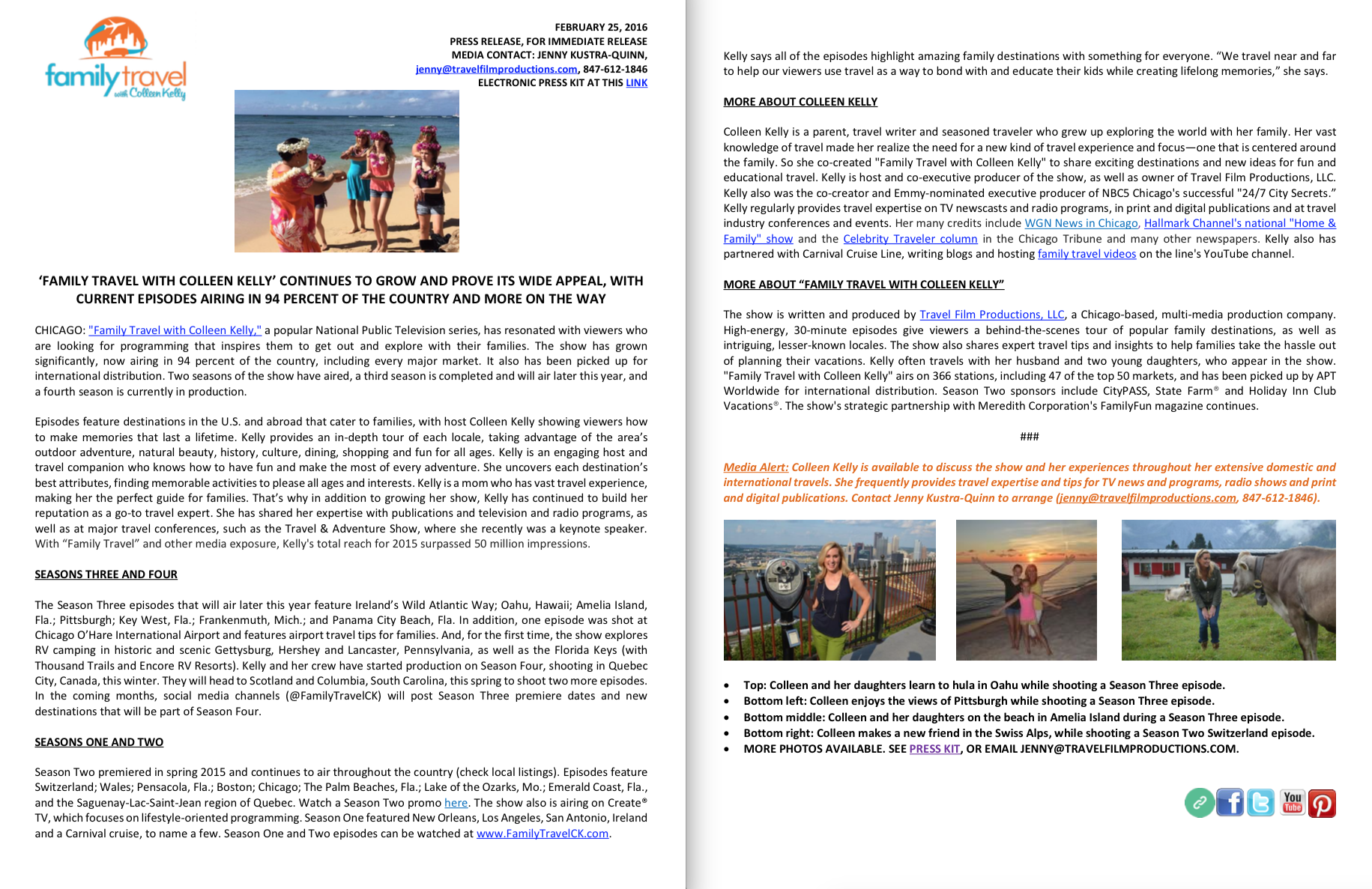 Family Travel with Colleen Kelly By the Numbers 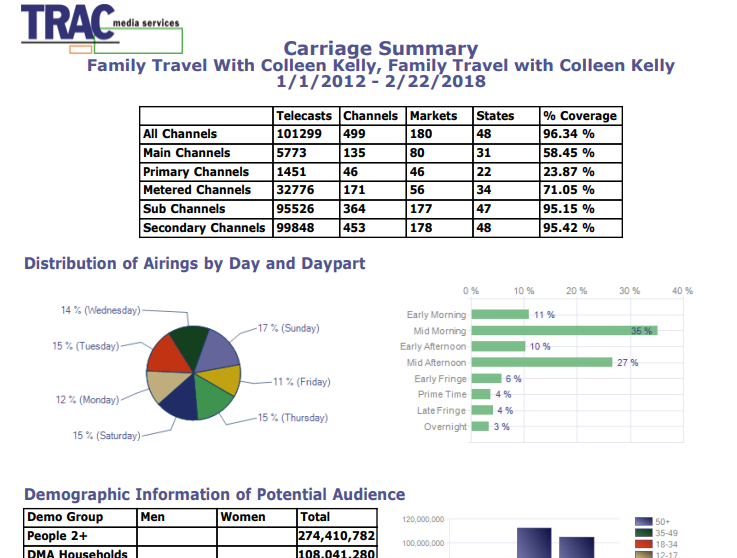 Check Out Our Other Shows!